At the LTI anniversary, there was no shortage of greetings and discussions

Celebrating the 25th anniversary of the Lithuanian Institute of Law (LTI), there were both festive moments but also serious discussions about the benefits of law science the state governance.

The 25-year anniversary at the Martynas Mažvydas National Library gathered not only by the scientists of the Lithuanian Law Institute, but also by representatives of various state institutions and former employees. The former directors of the Institute, Justice Ministers, the Attorney General, the President of the Supreme Court and colleagues from other educational institutions, and other members of the law community said congratulatory words.

Commemorating the quarter of a century from the start of the Institute, the director of the Institute dr. Jurgita Paužaitė-Kulvinskienė presented the work done by the institute. Its status as a state research institute determines certain requirements - primarily to address the needs of the state and the urgent problems in individual sectors. She identified the two most important challenges facing the institute today. First, it is the socio-economic impact of research on the state, and secondly, the promotion of the quality of science and the strengthening of international competitiveness.

"The Institute's life is closely linked to the needs of the growth of the state of Lithuania, with the country's legal system maturity," J.Paužaitė-Kulvinskienė emphasized in her speech. Speaking about the second priority, the director noted the desire to use the results of the research carried out by the LTI not only in the national but also in international, primarily in the European Union.

During the event, a round table discussion was organized, moderated by the chairperson of the Lithuanian Journalists' Union Dainius Radzevičius, asking participants of the discussion about the future of legal science. Representatives of the Lithuanian Science Council, Prof. Mykolas Romeris University, participated in the discussion. dr Darijus Beinoravičius, Advisor to the President, Saulė Mačiukaitė - Žvinienė, Judge of the Court of Appeal of Lithuania, Vygintas Višinskis, Deputy Chairman of the Seimas Committee on Legal Affairs and Law Stasys Šedbaras, Judge of the Constitutional Court Danutė Jočienė and Professor of Vilnius University, dr. Vytautas Nekrošius. During the discussion various thoughts about the challenges faced by law science in Lithuania, as well as development guidelines for this field of science, were expressed.

Participants of the event sent a lot of congratulations and wishes to the Lithuanian Law Institute and its staff. In addition to this, the founders and directors of the Institute, including many Institute staff members were mentioned. Among them - Nijolė Mažylienė, the administrator of the institute, who has been working at the Institute since the very first day of its foundation up to present.

Participants of the event could also be acquainted with the anniversary LTI publication - a collection of reviewed scientific articles "The Quarter of the Age in Investigating and Reforming the Legal System of Lithuania". The publication had eleven articles reflecting the diversity of LTI activities in many areas: constitutional law, criminal law and criminal policy, criminal procedure law, administrative law, labour law, patent rights and even linguistics. These texts are united not only by their connection with the last quarter of the century LTI investigated by Lithuanian law, its transformations, but also that existing or former researchers of the Lithuanian Institute of Law wrote all of them. Thus, the authors of this publication are not only scholars but also practitioners, including the judges of the Constitutional Court and the Supreme Court of Lithuania. 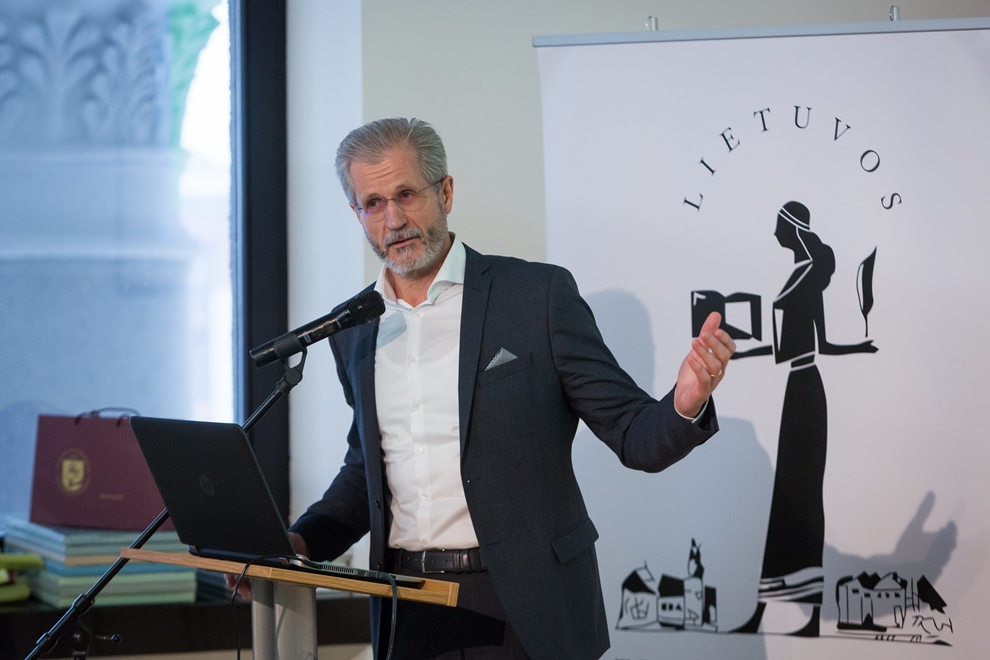 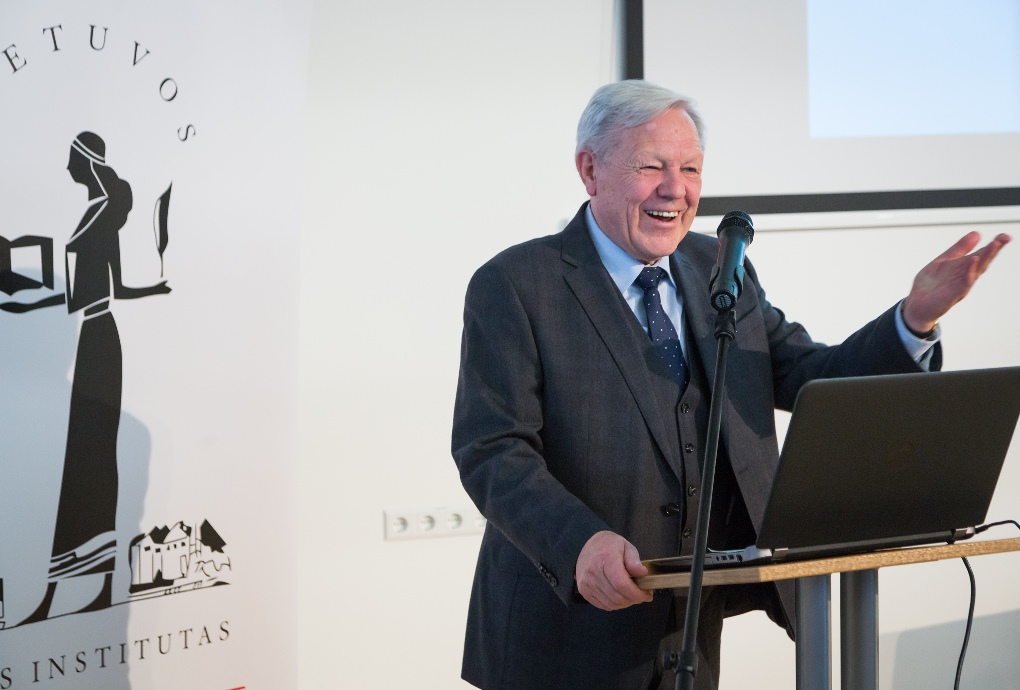 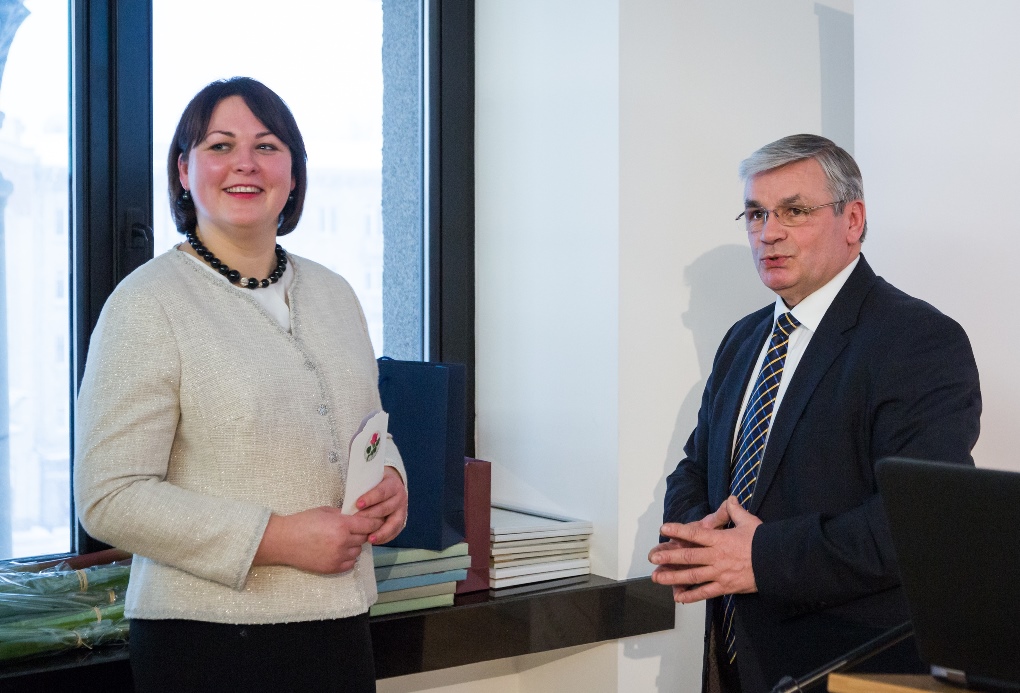 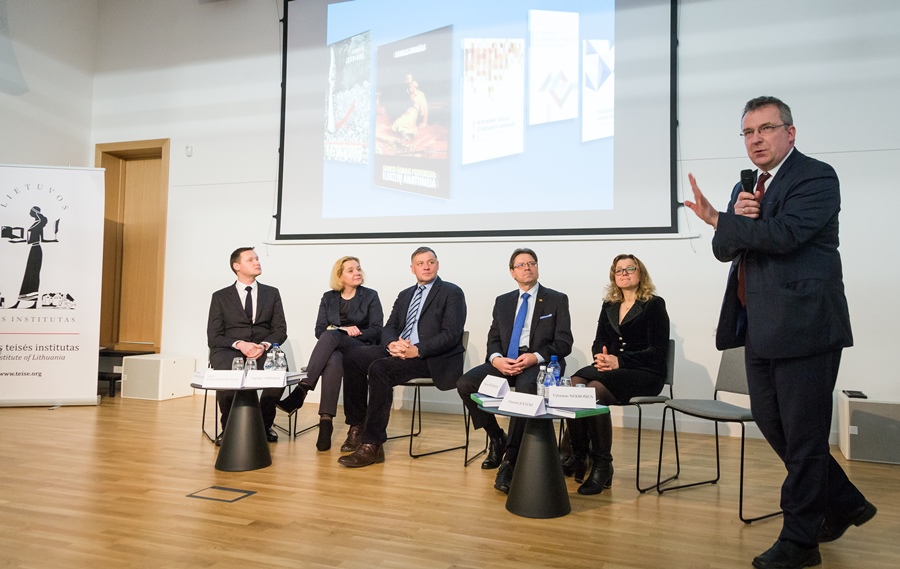